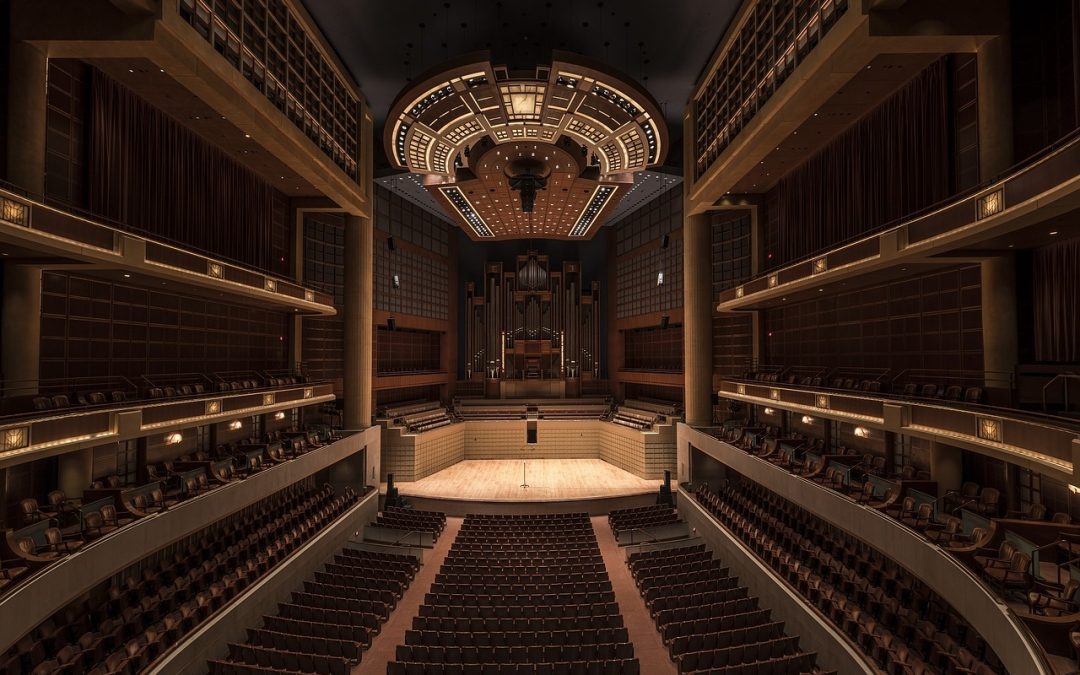 I just love going to all kinds of different concerts, especially in Europe. Being from the United States, heading over to Europe is a completely different experience from anything you could ever do anywhere else. But, one thing that was very cool and I would highly recommend if you are going to Europe is to go to a concert. The concerts in Europe are so much fun and the places that they are in are amazing. The venues are usually packed, so you will want to buy tickets quite ahead of time if it is a popular artist that you want to see. Many of the venues are smaller than the ones in the United States, so tickets can sell out very quickly.

Here are some of the best concert venues in Europe, starting with the Royal Albert Hall. This is an amazing concert hall in London that holds about 5 thousand people inside. It is very beautiful indoors and the interior lighting is spectacular. Recently they added a nice restaurant inside as well, which is very nice and the food was very good.

Next up is the Manchester Arena. Now, there are a ton of different concert venues that come here, so depending on the time in which you plan to visit England, there may not be an artist performing that you necessarily really want to go see, so you may want to look into the different concerts that will be going on in it. The arena itself is very clean and has amazing concerts. The seats are in a circular arena format, so no matter where you are sitting, so long as the concert stage is in the middle of the arena, you should be able to see the performance perfectly.

Another great arena that has some of the best concert venues in Europe is the Wembley Arena. Of course, located in Wembley, it is an indoor arena that hosts some great artists. It has 12,500 seats, so it is London’s second-largest indoor arena, which is very nice. It has hosted the MTB Europe Music Awards ceremony, so the sound quality inside the arena is very top notch.

Next up is the 02 Arena, which is the biggest arena in London holding up to 20,000 guests. The music venues here are some of the best, given that it is the biggest arena in London. Being so, it is not very hard to find tickets for a certain artist later than other locations would have them available. The seating is very good, and you should have a perfect view of the center based stage from any spot in the arena.

These are some of the best concert venues that I have attended in Europe, and they are all amazing. The sound inside the arenas is very good, and the Royal Albert Hall is very beautiful inside. You won’t regret taking the time to go out and enjoy a concert from one of your favorite artists at any of these locations.